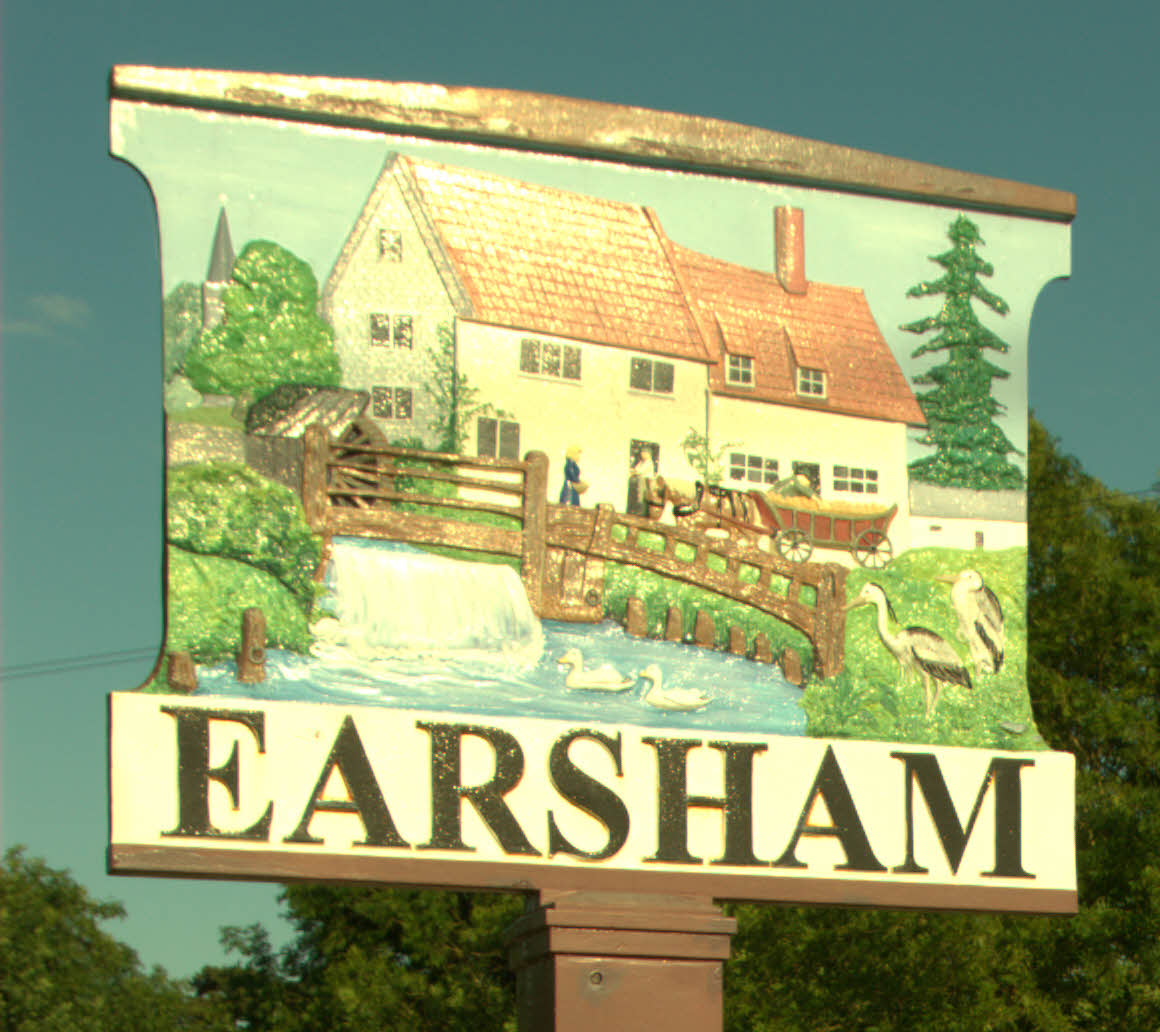 The village of Earsham is situated in the Waveney Valley, just off the A143 in between the market
towns of Harleston in Norfolk and Bungay in Suffolk, and forms part of the Angles Way, a historic
path following the county boundaries of Norfolk and Suffolk.

Footbridge replacement works on the Angles Way Norfolk Trail, are set to start on, or as soon as possible after, 1 September 2020 and are likely to last for approx. 8 weeks.

The existing PRoW diversion route, which is via the adjacent town of Bungay, will remain in place until completion of these works.

The work which will cost an estimated £320,000 and will be carried out by Norfolk County Council’s Community and Environmental Services Department and their contractors

Up-to-date information about roadworks in Norfolk is available on the County Council website at www.norfolk.gov.uk/roadworks

LATEST NEWS ON COLLAPSED FOOTBRIDGE – JULY 2020
It is hoped that the footbridge replacement will be completed by October 2020 and it has been confirmed by Norfolk County Council that despite recent events with Coronavirus and financial implications as a result of the virus, the schedule is still on target for not one bridge to be replaced but two. Discussions are ongoing on the logistics and timing of the work to be done. (see May 2019 update at foot of the page for original detail)

The footbridge over one of the branches of the River Waveney has collapsed.  It is on Earsham Footpath No1/ Angles way which goes from Church Road, near the Atlantic Superstore, across several branches of the River Waveney and then out to the Flixton Road B1062 near Constitution Hill in Suffolk.  The collapsed bridge is the most Northerly one of the three footbridges.

The Footpath has been closed with both approaches having been barriered off and the public are asked to keep well clear.

The bridge is constructed using prestressed concrete and there is a risk of further uncontrolled collapse causing parts of the bridge to suddenly fly into the air and anyone standing near the bridge could receive serious injury.

Unfortunately the bridge will have to be demolished and replaced with a new structure, however access is extremely limited and this will not be a straightforward job, Norfolk County Council Highways/Trails will keep the council updated on events, however, it is unknown at this point when works to replace the bridge will start.

UPDATE – 7TH AUGUST 2016– It has now been confirmed by Norfolk County Council that work will not be starting on replacing the footbridge until May 2017.  Work has to be done to design the bridge, schedule in the work with the bridge maintenance team etc. which will bring the timeframe closer to winter and work cannot be carried out then due to the fast moving water.  As updates are received they will be posted on this website.

UPDATE – 5TH JUNE 2017 – Further communication has been made with NCC today to determine the exact starting date of the work on the bridge, which has unfortunately been delayed until October 2017.  Various issues have to be resolved by NCC e.g. safe access for machinery, and discussions are taking place with nearby neighbours to achieve this.  There are also ecological considerations to take into account, as well as the fish breeding and bird nesting seasons and works cannot commence until these end.  Further information will be posted as and when it becomes available.

UPDATE – 6th JANUARY 2018 – The new schedule for the replacement of the collapsed footbridge should see a start to the works at the beginning of May 2018, subject to permits and agreements being approved in a timely manner.  Norfolk County Council are also considering replacing the adjacent steel footbridge at the same time which is now beyond economic repair.

UPDATE – 17TH MARCH 2018 – It now looks as though the work will not be taking place for the replacement of the footbridge (s) due to NCC budgetary constraints and priorities.  The parish council will continue working with Norfolk County Council to try and find a solution to the current situation.

UPDATE – 1ST DECEMBER 2018 – Discussions are still taking place between Norfolk County Council, the parish council and residents.  It is hoped that a resolution can be found soon.

UPDATE – MAY 2019 –  Norfolk County Council have agreed to replace the Earsham Mill Footbridge after a long process of negotiations and a huge thank you must go to our County Councillor Margaret Stone for her tenacity and support in getting the replacement footbridge for the parish.  Work will be starting on the footbridge in June 2020.

Confirmation that the bridge has now been programmed for replacement together with the neighbouring bridge (Earsham Mill Footbridge No 1) has been received by the Executive Director of Environment, Transport and Development for Norfolk County Council.  The 2nd bridge also requires replacement due to it being uneconomic to maintain. The programme (which is governed by the works on the collapsed footbridge) is constrained because no works affecting the river can be carried out before 15th June, the area can be inaccessible when water levels are high, and in addition, many processes have to be put in place, including access, before any works can be started which means that it is too late for the work to start this year.  It is planned to finish the works by the end of September 2020.